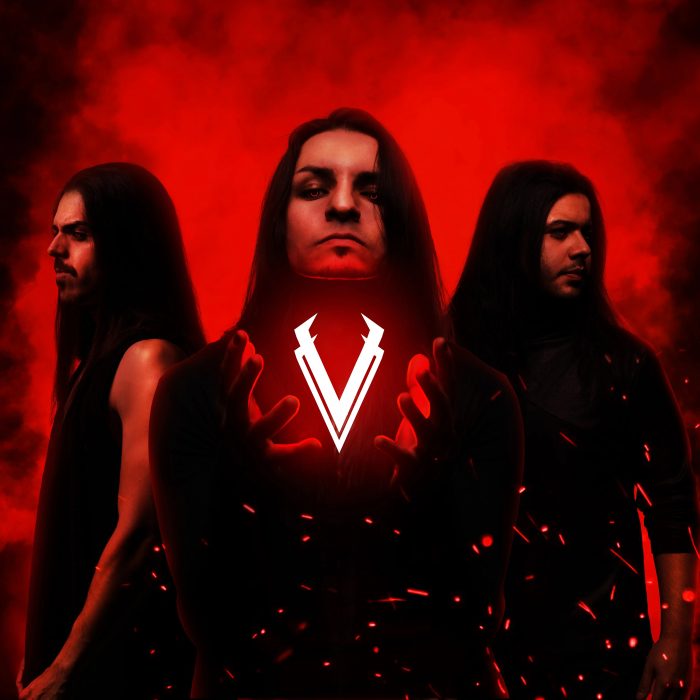 Red Devil Vortex is one of the hottest bands on the scene right now, and definitely one that we’re most excited for. Fresh off the release of their second EP, “Dark Secrets”, the band is already back at work for their first full-length album. And the only reason we can think of for such diligence and resoluteness is their unwavering passion for music. And for good reason, since the band’s members exhibit so much potential on their brand new EP, which came out in February 2022.

Lead singer and bassist Gabriel Connor, originally from Curitiba, Brazil, shines not only for his impeccable bass skills, but also for his enviable vocals. With tracks like “Psycho”, Connor demonstrates his versatility as a singer, his voice acting like the perfect hook for the song. It catches you with its unpredictable twists, and its rich, vibrato power, and draws you in.

Though of course, it’s not just Connor’s voice that’s got us in love with the band’s latest release. Teaming up with drum legend Eduardo Baldo, and prodigy Luis Kalil, Connor has built a powerhouse of musicians that combine their honed and polished skills into one glorious musical discovery.

Baldo, who scored in the Top 15 of most promising drummers back in 2013, adds a kick to the band’s sound, which gives tracks like “Psycho” that jagged edge, full of attitude and guts.

And then, there’s Kalil who, at only 21 years old, has collaborated with music legends such as Steve Vai, Corey Taylor, and Kiko Loureiro. The guitar aficionado plows through each track, revving that guitar like a race car at the starting line.

Together, Connor, Kalil and Baldo form the fantastically appealing sound that defines Red Devil Vortex, and no doubt accounts for their 600k + streams on Spotify. Showing great promise, Red Devil Vortex is definitely a band to keep an eye on, as thy ascend through the ranks of the music scene to the top tier place their talent deserves.