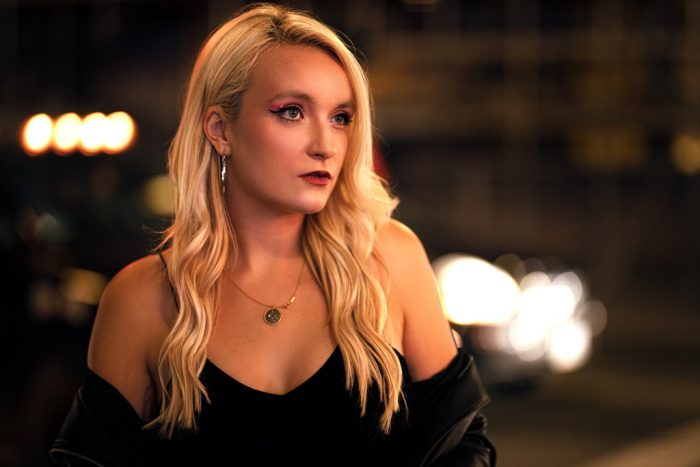 It’s a prevailing truth that all stars twinkle in the darkest of sky but only those shine brighter who have the courage and willing to. You might be marvelling why are we telling you this? Right? Well star is the term that is precise for the artist we will be looking upon today who is none other than Olivia Rees, the impending artist who has the objective for fixing the bar of credibility heightening to the prime. Now, this is what we called surging capability.

Olivia Rees is the prodigy you will be hearing from now on as she will exhibit the world what talent literally implies. Talent is something that is innate and inborn just like in the case of Olivia Rees who was blessed by nature to dwell herself into the rhythmic commencement of music. Realizing her dream to become a musician, Olivia started playing guitar at just the age of 12 by tutoring herself how to play it without receiving any lessons. Now that’s what we call competence.

Pain is the that overseeing commodity that bestows in person the motivation to unleash all its potential. Similar is the case for Olivia who despite being a torture victim subsisted up and use her ability as a path for escaping her past to cultivate new beginnings while also serving as a basis for all the audience around the world to stand against violence and achieving their aspirations. What a personality. Her songs like “Darker Nights” and “Trust Issues” is the exact instance of an overpowering song that gives others a willingness to endure through the hardships while assisting all those people to rise who have been abandoned by their loved ones.

Prevailing in a person’s disposition through the power of music is something complicated to achieve but it’s a piece of cake for Olivia Rees who knows how to bestow such sentiments onto others through her passionate and appealing music. The musical abilities of Olivia Rees can be easily compared with Rihanna but Olivia is one-of-a-kind example of an artist that converges the boundary between hip-hop, R&B and rap that gives audience a unique genre to enjoy. Her artistic versatility can be easily encompassed in her songs like “Leave it Alone” along with the veritable party tracks, like “Sugar and Spice” that is the true illustration of some mandatory playlist tracks.

What can you expect from Olivia Rees? Expectation is just a word as you will be precisely receiving a whole package of such sentimental and commencing songs that will make you groove on the upbeat melodies while conferring all your senses in an exciting joy. All for her fans to enjoy, Olivia’s harmonies universally appeal the world as her abilities are not just limited to one genre proven by the fact that she has lived in a lot of counties and her songs do take after this venture of hers. Truly, what can be more astounding than a trendy genre with varied cultural impacts.