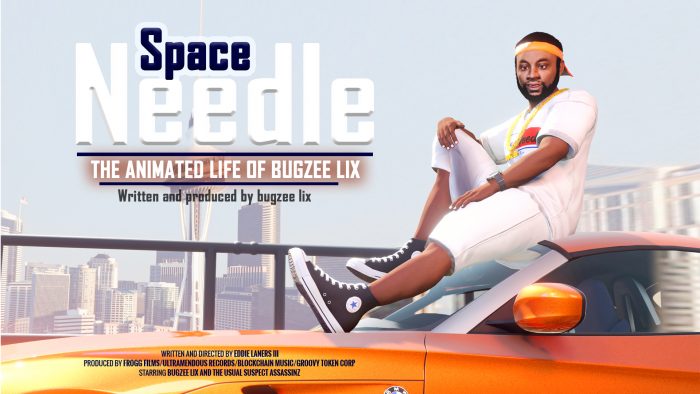 Bugzee Lix is an Indie American rap artist loved internationally for his rap albums. In 2019 an artist from Manchester, UK named Sofian did a freestyle rap on the internet (mixtape madness) titled Bugzee Lix which received over 100,000 views which inspired Bugzee to be part of this animated film about his early life as a rapper growing up in the gang infested areas of Bremerton, Seattle, and Bellingham, WA from 1995 – 2003. This animated movie (available now on YouTube), and the soundtrack (available for pre-sale on 4/26, release date on May 1st has songs from 2002-2003, and recent new music as well).

SPACE NEEDLE The Animated Life of Bugzee Lix is available on audio soundtrack everywhere on May 1st.
Available on all digital stores. Pre-sale begins on April 26th.