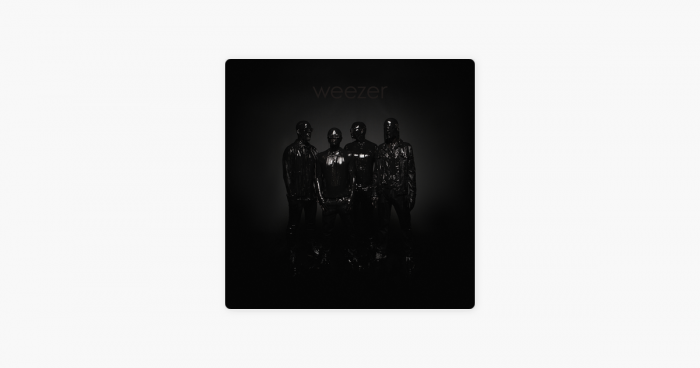 Weezer is not the first major artist in pop history to call a project The Black Album, but theirs is the first to [double-checks notes] immediately follow a Teal Album and include a song about parasailing. So don’t let the foreboding name fool you: This doesn’t lean into metal or goth sensibilities any more than The Green Album was about envy. Produced by TV on the Radio’s Dave Sitek, the band’s decidedly poppy 13th album (and sixth monochromatic and self-titled) runs the sonic gamut from acoustic to bombastic.

“The big idea for The Black Album was to write all the songs on the piano, so I think that gives it some of that classic songwriter-y feel,” Rivers Cuomo told Beats 1’s Zane Lowe. “I would go up to Sitek’s house and just hang out with him. I’m so bored of myself; I’m just like a totally regular person, and I’ve written about myself so much. So it was fun to just look into his world and think about how he sees things and put that into this character on The Black Album.”

Even a potentially ominous line like “Let’s do hard drugs/Fix our problems” feels innocuous couched in the breezy confines of “Piece of Cake.” As Weezer lean into their recent viral fame—thanks to their “Africa” cover and a quickly ubiquitous SNL sketch debating their career trajectory—the mission is to make even the trickiest ideas go down easy.