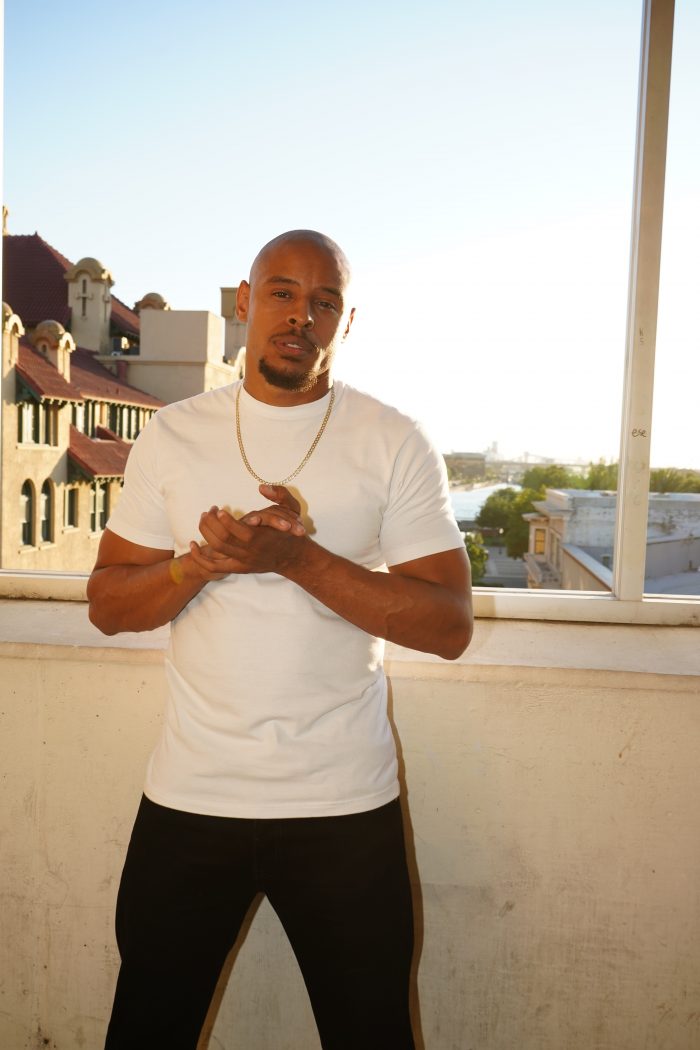 ‘I Am Trizzy’ is Kloud9Trizzy’s debut EP release under his new label, All In-House Entertainment. Songs like ‘Gun Case‘ and ‘Taking Off’ highlight Trizzy’s authentic story telling approach as he introduces himself to the fans, while also creating energetic moments on like ‘Savor’ and ‘Ten Toes’ to balance the energy. From lyrics to production, Kloud9Trizzy’s ‘I Am Trizzy’ sets the tone for what is to come out of this Central Valley artist.

Kloud9Trizzy is a Stockton, CA based rapper. A true performer, Kloud9Trizzy graces the stage with a presence and voice creating memorable performances for every audience member.

Whether free styling on the beat or his dance performance, the man comes ready to put on a show.

Kloud9Trizzy’s latest release, ‘I Am Trizzy,’ displays his knack for impeccable storytelling, creative ability to define Stockton’s sound, and potential to bridge millennial fans into a new wave of music that honors the 2000s while embracing the new era of hip-hop.

As a prodigy of the ’90s and 2000s hip-hop, Kloud9Trizzy lyrically sustains his listeners with his experiences of overcoming life’s struggles, while having a good time.