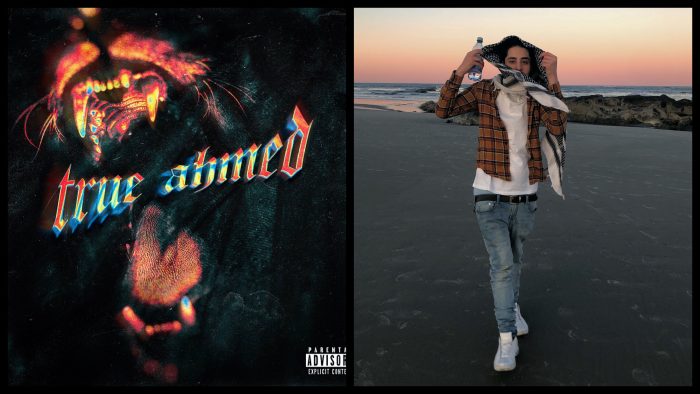 True Ahmed has been making music since 2008. Ahmed grew up going to recording studios with his father, when he used to make music and fell in love with it ever since. In High School he saved enough money to build a small studio in his room and started to learn and expand his sound from there, but it was still early days.

During Quarantine in 2020 he recorded over 300 songs, all unreleased and kept continuing to make music. He then decided to set a goal for himself, to record a whole mixtape in 2 days, and that is how ’So Versatile Vol. 1’ was born.

“I set a goal to record as much as I can in one weekend and this is what I made.” says Ahmed. “My project is a compilation of 10 songs I thought fit into a style of mine. One of my songs ‘Run it Up’ is very meaningful to me because I got my dog barking in the song days before he passed away.”

He decided to title the mixtape “So Versatile Vol.1” because there is only one style out of many others he has with his music.

He continues, “It’s about the versatility. All the songs are similar but it’s within the different projects you can see it!”

“This is my first project I have released to the public because I feel like it is time for me to show the rest of the world what I can really do!”

Take a listen to his mixtape here: https://soundcloud.app.goo.gl/oQTecB2JfwiDULQB8