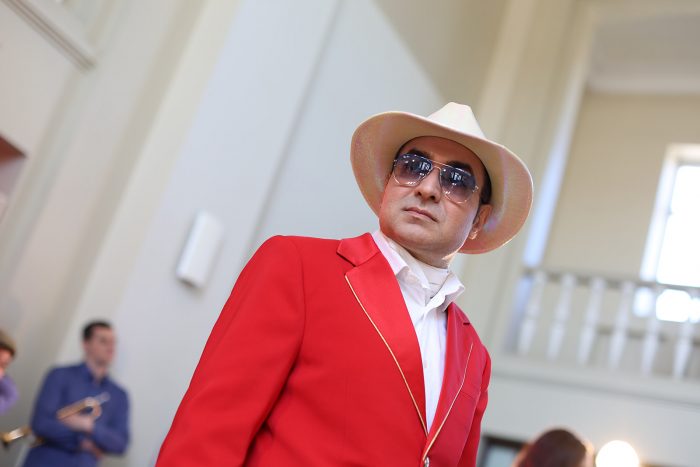 Gianluca Gallo began playing the guitar at the age of 12 years old, he passed his Music Conservatory exam in Palermo and formed his first Rock group at the age of 16. He has performed with singers such as Francesco Baccini, Luca Barbarossa, Andrea Mingardi, Los Locos, to name a few. In 1998 he recorded a song entitled ‘Quanto Tempo’ and it was this song that brought him success in Sicily and Southern Italy.

In 2001 he finally released his first single CD entitled ‘Un tuffo al Mare’, a joking single that is written in the electro-pop-Latin style. His single ‘È Tardi … Arrivederci’ brought him even more acclaim, and he has toured in numerous places, bringing joy to his fans.

His cover of ‘Susanna’, which was released in 2020 obtained more than 2 million views on YouTube, more than 1 million plays on Spotify, more than 50 magazine features in USA and Europe, more than 1500 Radio play worldwide and 1 month of streaming on MTV, USA.

The latin rhythms of Bailando Mambo explode with the goal of making audiences want to dance more and more;
“Bailando Mambo” is a song that invites the movement of the body from the very first notes, a story that is told in two languages, trying to conquer not only the auditory senses but also that of his Latino fans who love the contagious pace. Lydia Breska lends her vocal timbre to the song and gives this sound a feminine touch making it even more desirable to the senses.

This is a new proposal by the artist to brighten up this period that is being experienced all over the world and that it is necessary for so many people, looking for the perfect excuse to start to dance and have fun, to dance the mambo!