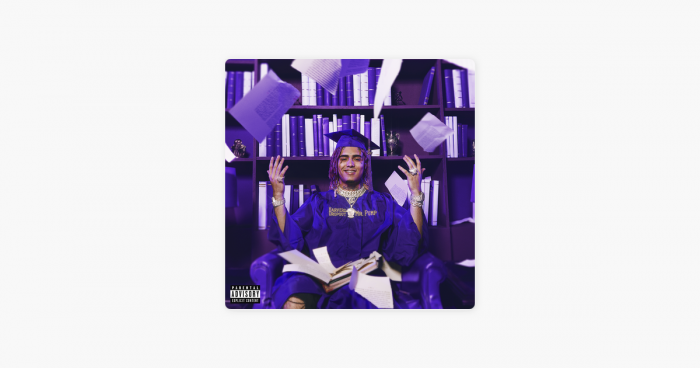 From doing over-the-top music videos with Charlie Sheen to declaring himself the most lyrical rapper, provocation is an integral part of what makes the notorious Miami MC’s full-throated, trap-informed anthems so beloved by fans—and so bewildering to the haters. Harverd Dropout—the deliberate misspelling is just the beginning of his trolling—collects and builds upon the hits he’s racked up since “Gucci Gang” blew up. In addition to infamously decadent singles “Esskeetit” and “I Love It”, Pump unveils new features with old pal Smokepurpp and hip-hop game-changer Lil Wayne. Flashing the iced-out Patek timepiece on his wrist, he boasts of his unconventional path to success and excess on opener “Drop Out”. Later, on “Vroom Vroom Vroom”, Pump rides off into the proverbial sunset in one of his many luxury cars, the speakers booming with producer Ronny J’s signature overdriven bass.