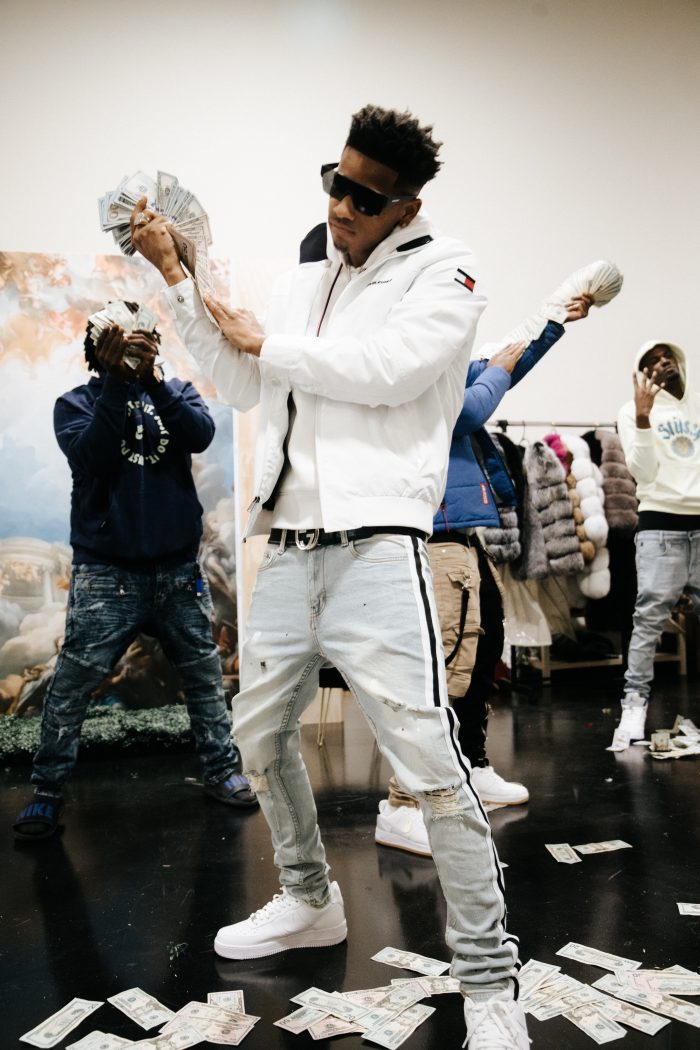 ‘Last Night’ is the new Independent single from ‘OBN Jay’. The music video recaps a night showing a normal night in the life of OBN Jay. ‘Last Night’ is the follow up to his recent smash hit Bow Bow Bow ft. HD4 President. Fully Independent for the first time in his career, this has been a huge 48 hours for ‘OBN Jay’ as his release has crushed it’s first 48 hours!

‘OBN Jay’ is currently an independent artist and releases his music directly through tunecore and he considers this release to be his last real shot in music. ‘OBN Jay’ got signed as a 17 year old to Columbia Records but their CEO left and he got bought out of his deal. ‘OBN Jay’ then went on to sign with a smaller label (Empire), but is finally free of that deal.

This new single ‘Last Night’ is trending on ig reels, bringing the dance feeling back to Lousiana post covid, and is really the moment that he’s deserved for some time. He came out at Summerjam friday night with Rob49, Fredo Bang, Moneybagg Yo & Hd4president.

The History of OBN Jay

Louisiana-based rapper OBN Jay delivers brash, determined lyrics about his life experiences and ambitions. He began receiving attention for his late-2010s singles such as “Big Ole” and “Chess Not Checkers,” as well as collaborations with rappers like Quando Rondo and JayDaYoungan. OBN Jay grew up in Baton Rouge, where he witnessed crime and violence throughout his youth.

Inspired by 2Pac and Boosie Badazz, he began rapping at a young age, and he began uploading his music online when he was in high school. 2018 saw the release of tracks like “Stop Playing,” “How That Go,” and “Big Ole” (ft. JayDaYoungan) as well as two EPs, “Lost Hope” and “OBN”, and the mixtape “Logic Real Talk.” Several more singles (including “Chess Not Checkers” and “Tragic Story”) and the mixtape “No Weakness” appeared in 2019.

Jay became an artist to watch on both BET and REVOLT off of this commercial offering. REVOLT stated that Baton Rouge has been a breeding ground of young, fresh talent and said that OBN Jay is the latest from the city to drop some heat.