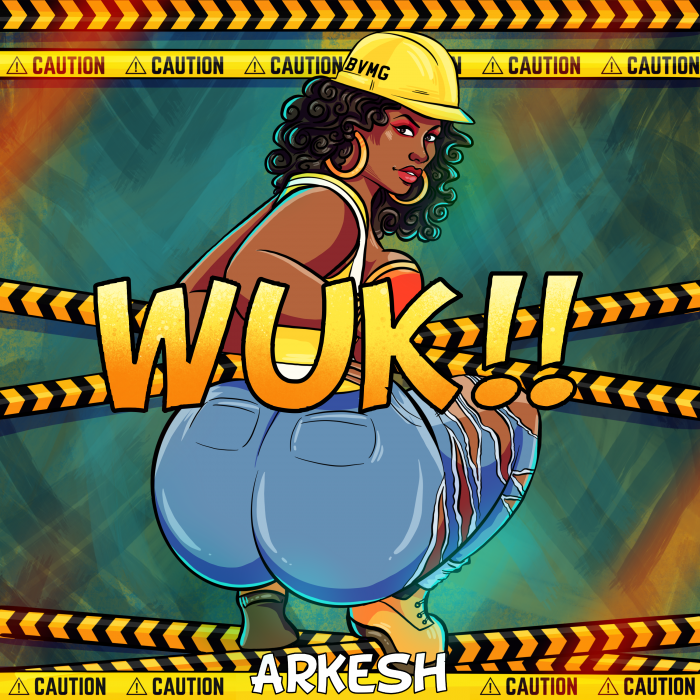 Jamaican born, Miami based Reggae/Dancehall artist Arkesh is riding high on the success of his debut single “Fete”, which generated the emerging act over 100,000 Spotify streams and a slew of follow-up remixes throughout 2021.

Since Arkesh’s “Fete” debut in Summer 2021, the U.S veteran has enjoyed strong support from an evergrowing fanbase that sprung up along the US west coast before leaping into the UK and eventually spreading across western Europe into Germany and South Africa.

Now gearing up for his sophomore single, “Wuk!!”, Arkesh and his team at Bare Vibes Productions LLC, have pulled out all the stops for the release slated for mid-November to be delivered on all platforms under its own Bare Vibes Music Group(BVMG) imprint.

Rippled with an infectious and energetic drumline, “WUK!!”, has a simple melody and sharp hook that has been honed to become an earworm, so fans can expect another gregarious addition to their playlists from the man named “Arkesh”.

“WUK!!” is slated for release in Mid November 2021 by BVMG Records on all streaming platforms. For more information about Arkesh and his music visit www.arkeshmusic.com