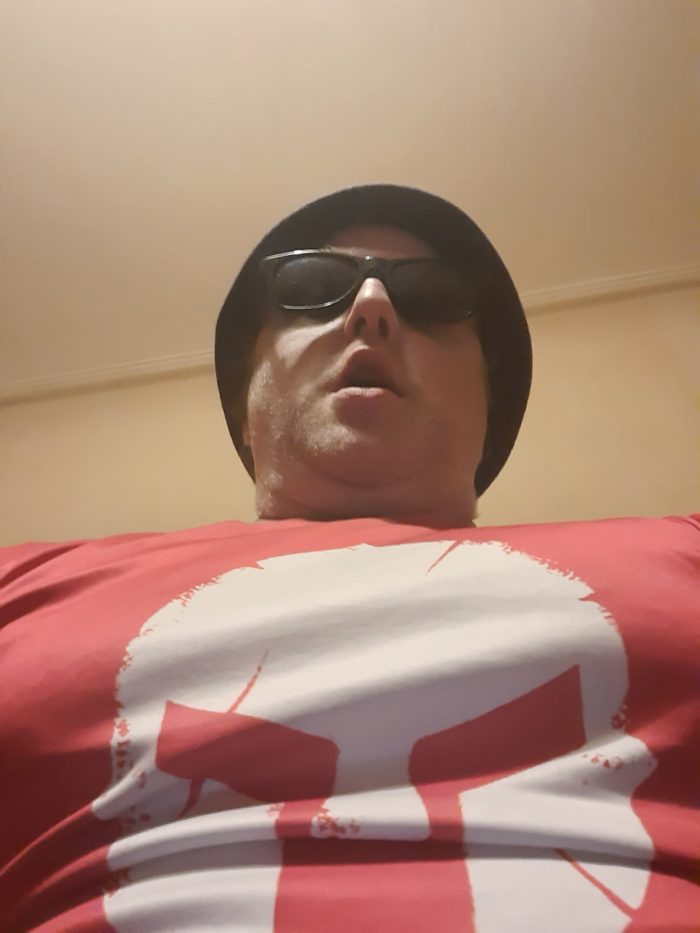 Vonsoh das Nordlicht was re-inspired by #StuttgartCity’ & used creative influences for his musical signature .. The wait is over !! Will all the #Copycats out there be able to get on his freshly released album: “Q16” [#NewFunkyShit] ?? It doesn’t matter !! #Vons #TheMasterHimself is definitely back .. !! Not a newcomer if you don’t know the “name” check everyone’s #Stuff !! What awaits you is someone who is in love with details: #SurrealElektroClassicer !! That thing drops

the experimentally versed beats kick off once ‘& unlike the #Standart usually expects it .. listen, you’ve been waiting for it !! ‘He is the inventor of sureal electro just like life is weird, light, dark, colorful, gray, loud, quiet …. He is, so to speak, the Bambata what he is for Hip Hop Producer Vonsoh The inventor of sureal electro and namesake on the first single from:

the #Mainstream almost plastic !! Because the time calculation of #ElektronicSound is reinvented by: #VonsohProductions styletechnically with the #Funkatears_Elektro #Release .. #CommingSoon !! With the album: “Q16” Quality delivered from the small music factory: #Fairsplitter in the sunny south !!

Vonsoh ..aka (Úlf Lehmann) started his releases in 2003 on the Carhartt and Irie Daily sampler with a fat remix, together with his former So Bright producer crew. In 2004 came the –So Bright– album– Freeballs–, then he co-produced on the Yaneq maxi in 2005 and the album in 2006.

He helped with the radio plays of Blau Luxemburg (2006) . At Data MC Daily Mirror he contributed to the album with Peer Neumann , DerFRanz and Valerie the beat to the Tonight song. While the Zugvogel for his stay in Berlin now 7 years has already completely disappeared from the scene ..so Vonsoh as a producer, singer and songwriter has used the creative moment of silence … just continued straight and even if it may seem for some the music never turned his back … NO!!! He continues to live the “#HUSTLE” night after night!! since: `98 at it … at the #MIC always #FRESH remained…. So he goes since: “Day_1” far away from:  [#commercial&sellout politics] continuously his way … & brings so his own note on the sheet… his #STUFF!! controversial… but #Von’s the #Nordlicht burns with it even the most critical critics dickst from: Berlin to Stuttgart!! he has reinvented his style & musically evolved… so a completely new sound was created in self-production… with him two new hot projects: “FunkatearsMusic” & “Funkatears_Electro”!!! Of course, everything matured as in an oak barrel six years in peace!!! So:.. after the cleverly rhymed #Vonsoh_manner… the recorded #tracks, the #Raps&Beats…. #the_vocals as well as the #vocals everything #detailed in own production originated!!! In addition, there are carefully selected #collaboration_guests who knows him knows…. #chefchillerelite the guy!!!

& since April 10, 2021 the heart beats in #BPM…. Because with the hand on the cradle sees the #INDEPENDENTLABEL #FAIR_SPLITTER the noble light of the world!!! With the releasen Funkatears Electro-jiggy is luxury -Maxi feat Luise he was honored as the inventor of Sureals Electros.Red Robin a longtime wegbegleiter contributed the jiggy remix to it.On 10.9.21 then came the associated album Q16.He tries from now on mainly as a producer to turn the knobs so to generations to a #ONE!!! #LOVE for young talents with #Skill & #Word wit with at the #Start!!!

You can virtually feel the hunger in the #Baseline so he presents among others: #highterkeitsverbrighter the #smoothen #0711 #RAP with #deeper statement #excellent brings!!!  Furthermore he is #Connected with:, Erich Neff TomCook, Lutz Steinbrück, Rolando Random, Charlie Purple, Spätipoeten, Dilettant Shadow, Cris Colombo, Adi dassler , Dudelsaladt, Luise and many more… watch out!!!!!! Charlie Purple Dizzkant doing etc at the moment the remixes for upcoming products .Be carefull we got Rulez!!!! Fair Splitter In planning the first FunkatearsMusic with n wise man like 70 but playful and innovative like 28 mature, from 73666 Baltmannsweiler …..Watch Out Who it is!!!!!!!!!!!!!!!!!
We are not only urban we are also nature and village.
To each his habitat!!!