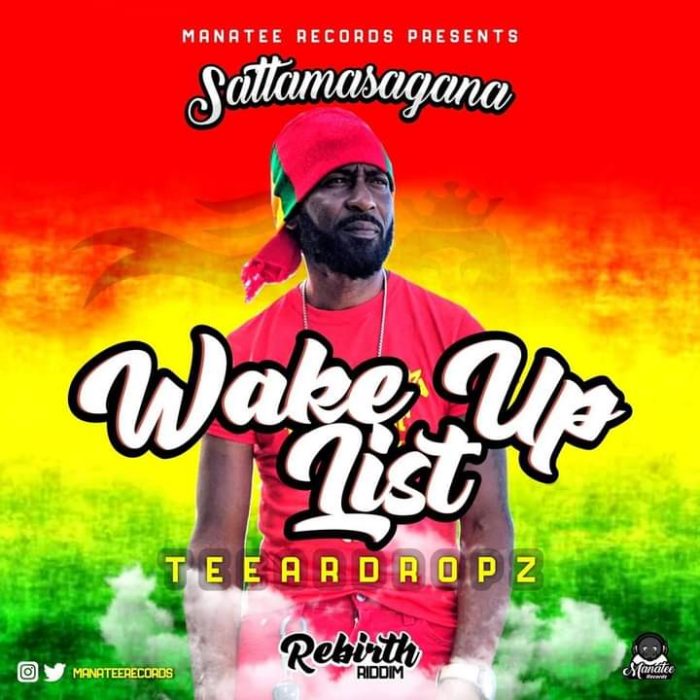 Teeardropz aka Jonathan Brown, is a Jamaican reggae artist, who has been working unseemingly to advance his musical career over the past 20 years. His early contact with Manatee Records in the early 1990’s was instrumental after meeting the producer, Delon Reid who was responsible for many of the hit records from the then upstart reggae labels during that time. TeearDropz was given the opportunity to record his song “Party In Session ” on one of the label’s riddims which also featured a younger Vybz Kartel at the time. His passion and conviction grew after seeing many artists throughout the country who made it to the big stage or abroad for shows and this is why Teeardropz remained faithful to his intuition and craft of producing and voicing on local projects. His songs are usually influenced by what is happening in the world, Jamaica and in his life. For his 2020 song “Trodding”,produced by the late Barry OHare, he was invited for interviews on CVM at sunrise, TVJ, E Buzz – Irie Fm, E Blaze – Fame FM, Sun City Radio and The Observer. His latest releases on the Manatee Records imprint

“Wake Up List” on the Sattamasagana Rebirth Riddim, produced by Manatee Records and Silva Sounds, has been buzzing on Jamaica radio waves over the past 2 months and is being heard currently on Irie FM, HITZ FM, ZIP FM as well as many internet radio stations globally. The song was premiered more recently on Hot 97 in New York by Bobby Konders and Massive B and in the #1 Music Radio Market in the USA as one of the hottest singles to be
released more recently. Other global radio stations are adding the “Wake Up List” to their playlist in the UK as well as on radio stations throughout Africa and the rest of the caribbean and Canada.

His other single World Order is produced by Devario Production. The reunion with TeearDropz and the manatee label has been an inspiration to both himself and the President and CEO of Manatee Records, Calvin “Doc”Flowers since he first voiced on a Riddim on that label in the early 1990’s. The reunion is as if the past years since he voiced “Party in Session”, were compressed to days as his acknowledgement by jamaican fans has increased since the “Wake Up List” hit the airwaves. TeearDropz is currently finishing songs on several other Riddims including “Yellow Tape” Riddim which will be another collaboration between his Countryside Music, and Manatee Records.