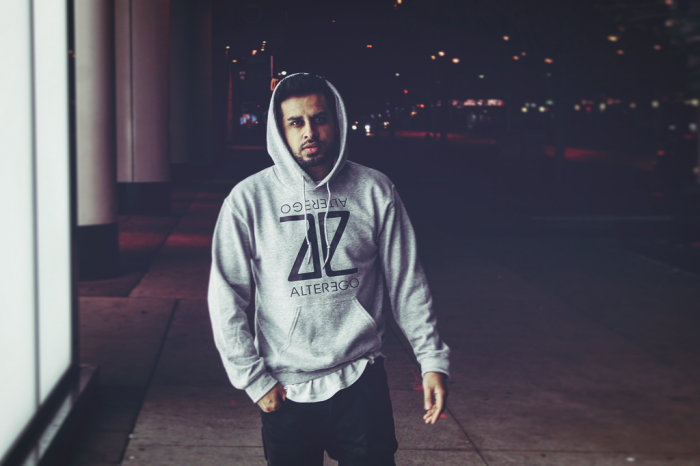 “From atmospheric trippy soundscapes to dope phat Hip-Hop beats, Amit Nagra a.k.a. AlterEgo is a producer that takes stars and collaborators to the next level” – Chasing Tunes UK

Amit Nagra a.k.a. AlterEgo could just be Canada’s next big breakout producer.

Following on the heels of the likes of Boi1da, “40”, T-Minus and Wondagurl, AlterEgo is looking to make that breakthrough in to the top tier of the music industry.

Starting at the age of 14 when a guest speaker came to his high school and introduced him to the world of music production, AlterEgo has been working with the cream of the crop of local artists in Toronto, collaborating with award winning songwriters such as Carmen Reece, Whitney Phillips and Sirah and producing the Matthew Grant anthemic single “King For A Day”.

Recently he caught the attention of Dutch super-producer Avedon. Avedon who has his own publishing company, works closely with the legendary music producer Scott Storch and has produced records for Chris Brown, Russ, ASAP Ferg, Nipsey Hussle and Trippie Red amongst others.

As they work remotely bouncing ideas off each other through skype and email, AlterEgo has been busy working away on records for the likes of Jessie Reyez, Demi Lovato, Dave East, Gashi, Mario, Luh Kel and Cody Simpson. He already has upcoming singles with Thutmose, BAER and JAGMAC and has produced the entire hotly anticipated Nodis project.

2020 is already shaping up to be an enormous year for this young producer and we are excited to see how far he can go.