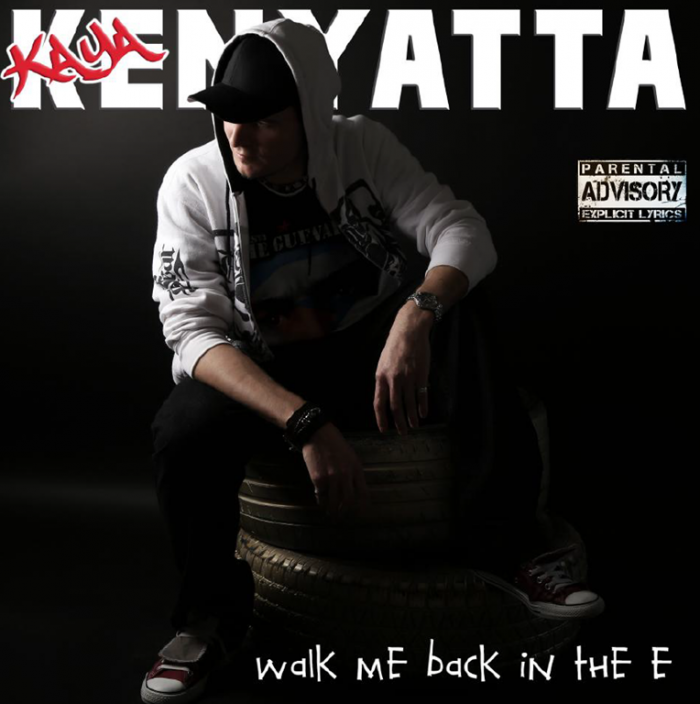 International Hip Hop Artist KAYA KENYATTA shared the official music video for ‘Walk Me Back in the E’ on October 7. Directed, edited, written and produced by Kenyatta himself, the clip / short film takes the viewer on a psychedelic trip reminiscent of Alice in Wonderland and The Hangover. ‘Walk Me Back in the E’ is the third single from Kenyatta’s soon to be released EP, A Smudge on the Collective Unconscious.

The Single follows the no-holds barred Time Ain’t Up (2017) and thought provoking Voices (2018). ‘The new single Walk Me Back in the E is essentially about one of those random moments when you meet a girl on a night out and just have an instant connection. The song describes the intoxicating effect / feeling you have when you come across someone that you have that type of connection with as if it were a drug.’  (Kaya Kenyatta)

Born in Leuven, Belgium to an English father and Belgian mother, Kenyatta grew up listening to 90s Hip Hop such as 2pac, Biggie, Immortal Technique, Dr. Dre and Snoop to name but a few, and one can ascertain that he sees lyrical content and flow to be as important as the production. His other big inspiration was Bob Marley and the revolutionary traits of said artist can be felt within Kenyatta’s music. Kenyatta attended an international school in Belgium as a child and was exposed to different nationalities and cultures, which play a part in his versatility as an artist. He began rhyming at university in the UK and continued when he moved to Toronto, Canada, where he began to learn about music production and recorded
his first album.

Upon his return to the UK, he moved to London and released The Art of Rhyme EP in 2015, with the single releases of No Lie and Music, garnering attention from Hip Hop blogs such as Trickstaworld.com. ‘Intelligent Wordplay and intricate lyricism combines with an attitude of revolution for what can only be described as real hip hop. This talented MC tells it like it is and is a name you should get used to.’ (Tricksta – Trickstaworld.com)

This can only benefit the listener as it allows the listener to see and hear Kenyatta’s whole vision when it comes to his work. ‘Walk Me Back in the E’ will be released digitally worldwide in online stores and streaming services on October 11.